Interview with Except Elephant

“Amsterdam’s Except Elephant’s music is tempting, sensual, and very unique. She will be releasing her first single, Mermaid, from her forthcoming EP on WEATNU Record’s sub-label – Transmission Nova this April. We discuss her music and visual art making process, her inspirations, and Amsterdam’s DIY scene.“

How would you describe your music?

Except Elephant: A mixture of indie rock, dream pop, some synths and post punky bass lines?

How long have you been playing and recording?

EE: I started singing, as a hobby, about 13 years ago. I was singing in a band, started with covers just for fun and then we were writing our own songs. There was a big break from that for a while and I started making my own music about 3-4 years ago.

What is your songwriting process and what gear do you use to make it?

EE: Normally I just start writing without anything in mind and see what comes out. I usually get a bass line down first and then the drums. When I have the rest of the parts, I play with the vocal melodies and write my lyrics.

Do you play everything on the record or do you have a band?

Do you record your own music?

EE: Everything is MIDI, so I do it all on my computer and record my vocals at home too.

What is your forthcoming album about?

EE: I am releasing my first single this April, Mermaid, which I believe is a very good introduction to what my forthcoming EP is mainly about. Choosing to make oneself able to see beyond the constructs we’ve been living in and imagine new worlds.

What inspired you to create it?

EE: The meaninglessness that the constructs we’ve been living in have created 🙂 By that I mean several kinds of behavior that lead to or arise from discrimination, oppression, destruction, dichotomy etc. How we treat each other (and even ourselves) and everything else around us as a consequence of the world that we’ve created. This is something I was working through also in my video art work the last few years and what troubles me the most in this life!

I love your artwork for your songs and on Instagram. What is the concept behind it?

EE: I’ve always used the human body (or body parts) in my visual art as a symbol for humanity as a whole. In my artwork for Except Elephant, I use it as a canvas to signify what makes us; a blend of everything around us, the magic of human power and the destruction this same power brings into the world. Sometimes it’s a bit more personal, just reflecting a mood or part of myself.

How do you create/make your art?

EE: I snap some photos of myself, load them into Photoshop, make cut outs and start playing with images, colors and textures. It’s not much different to making a collage.

Is Except Elephant an alter ego and if so who is she?

EE: I wouldn’t say she is an alter ego exactly. More of an exaggerated version of me. She feels like an alien in this place we live in, because she believes that life can be much different and nicer for everyone on earth. And that makes her angry and sad but also caring, almost motherly towards all humanity. She wants to embrace and heal the whole world. Quite ambitious…

EE: In Amsterdam you can find a little bit of everything, but it is primarily a clubbing/party city. A lot of the most interesting stuff for live music happens within the Alternative/DIY scene. From punk to Experimental Jazz, you can find some gems in the most unexpected places!

Do you play live?

Your voice reminds me of Kate Bush, mystical and stunning. Who has had the most influence on your music?

EE: That’s very flattering as I consider her voice and her whole existence quite whimsical! I would mention Radiohead, Placebo and PJ Harvey, but I feel it’s all kind of like an interpretation of everything I have listened to over the years, with a lot of 90’s alternative and early 2000’s indie elements that have really seeped into my blood.

I’m dying to know what else you have in the works, any new projects coming up?

EE: I had a really nice collaboration recently with indie artist Uncool Paul, where I added a bit of a melodic synth touch to a couple of his songs from his upcoming album. And I’m excited to be working on a video for Mermaid at the moment. This will be a solo venture too, but I’m already planning ideas for my second single release and video which will be made in collaboration with another visual artist.

Leslie Keffer
Leslie Keffer is an established experimental musician and stained glass artist residing in Chesterhill, Ohio. She started performing in 2003 after the release of her first album, Dielectric Lull, on Heresee records. She has toured the United States, Australia, and Europe extensively, and has released albums on many labels including Ecstatic Peace, WEATNU, and Chocolate Monk. She has played many music festivals such as All Tomorrow's Parties and the worldwide International Noise Conference and is also a member of the Miami-based Laundry Room Squelchers. She is the author of My Body, My Temple, a collection of artwork that uses visceral Surrealism to explore and depict the effects of both trauma and healing on the body. 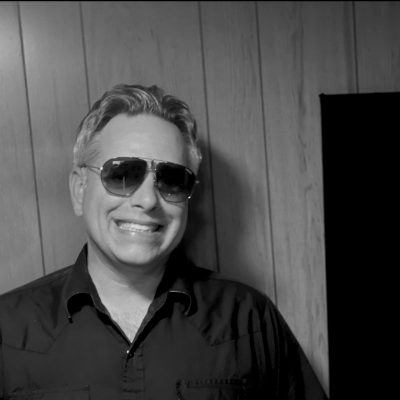 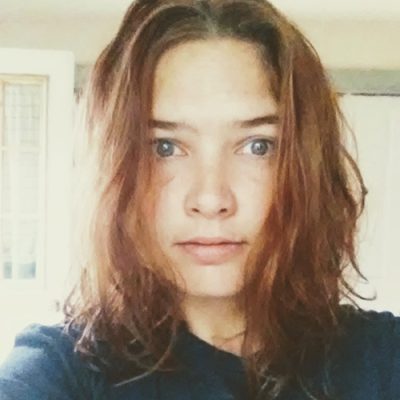