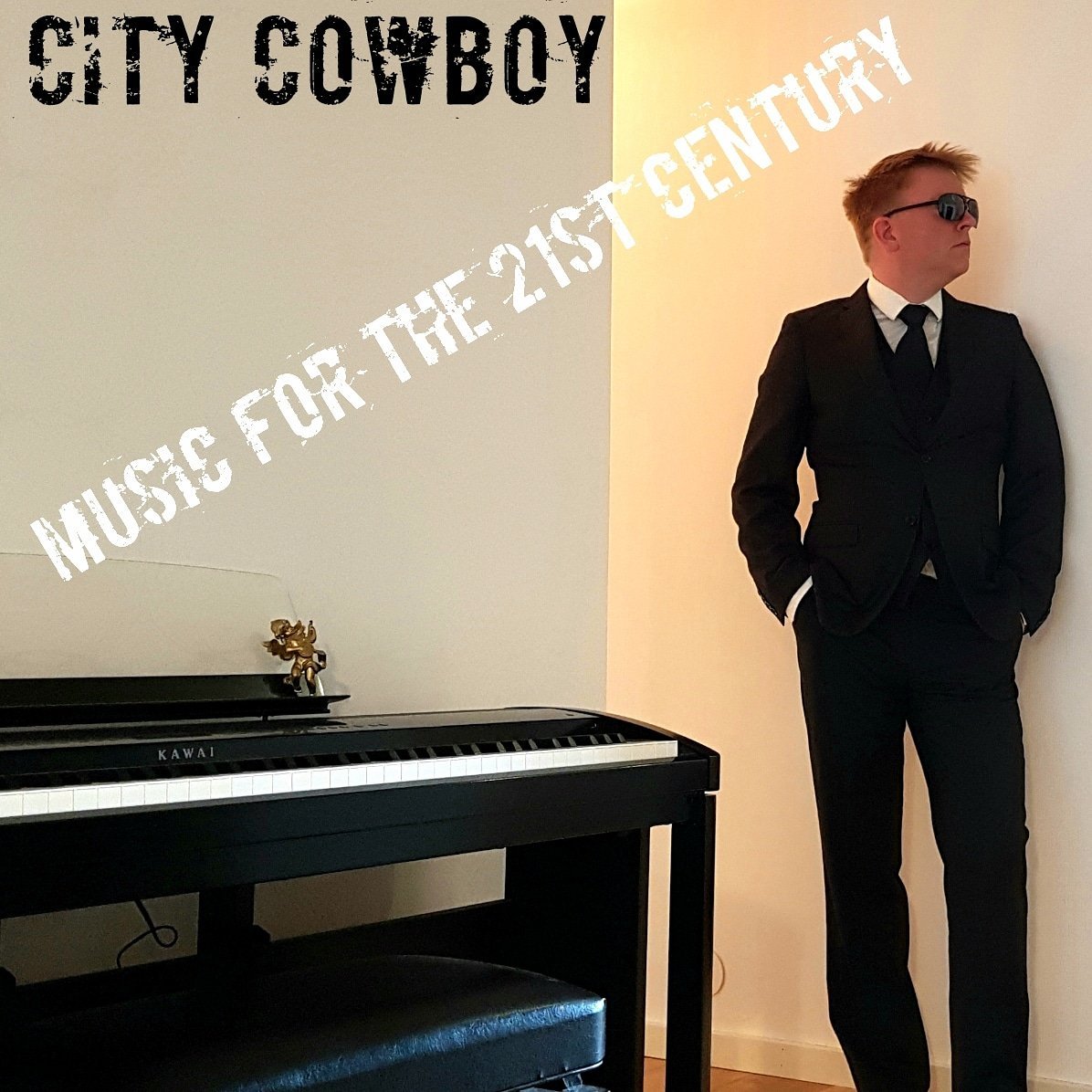 ‘This month Swedish artist, City Cowboy spoke to us on his music process, influences and future work he wishes to accomplish, it was a pleasure speaking to him‘

How are you today, City Cowboy?

Would you mind telling us your story of how you entered music?

CC: Sure thing! Growing up we had a piano in our home and my older sister took lessons. I used to sit by the piano too (when she wasn’t there) and just play around and gradually found that I could play too – without lessons! It turns out I have a pretty good ear when it comes to identifying notes and chords, but not perfect pitch. As a teen I bought my first synth, a Roland D5. I remember making my first multitimbral tracks with Steinberg pro 12 and 24 on an Atari ST. The excitement of first recording a bassline for instance and then adding strings, then drums and so on was great. Such a creative joy. Then I tried to add some vocals along with the background. The lyrics for my first songs were really pathetic. One early track was a real “bohoohoo-story” called “Turned down again”! My music making “career” had thus begun. Many years later, I started making music with a Yamaha Motif workstation that I still use today and under the name City Cowboy. And here we are!

How long have you been writing music?

What types of music do you write?

CC: I guess I would call it pop or synth pop. I solely use a workstation synth so I don’t include any other instruments, even though I do play the guitar and bass for instance. I like EDM and sometimes I do more electronic stuff, like the two Kraftwerk covers I have done so far.

What processes do you use to create music?

CC: I start with an idea for a song, it could be that I start with a chorus for instance. I play it on a keyboard and try to come up with words too. If I like it enough I try to compose a whole song with verses, bridge etc. When I know how I want the song to be, roughly at least, I do the sequencing on my workstation. I then record it onto my Tascam multitracker. Last, I work on the vocals and mix and master.

How are you involved in the Indie scene?

CC: I try to make myself heard through diverse channels, my music can be found in various places on the net. I have also done some local “publicity stunts” here in my home town. (Even as a Santa…) As part of WEATNU records, I agree with Almark’s vision that everyone deserves to be heard. If there’s any quality there, it should eventually be discovered, one hopes.

What is happening in the music scene around your area of Sweden?

CC: Well… I think the best place to be here in Sweden is probably Stockholm, our capital, or another of the major cities. That is not the case for me, I like country living so I try my best from here… Cowboy style…Yeeehaw!

Are you playing live or do you wish to online, perhaps through our label?

CC: So far, City Cowboy hasn’t done any live performances at all. That would take some practical arrangements so to speak. But who knows in the future?

You just released new music, would you like to talk about that or something you might be working at the moment?

CC: My latest release is called “Down the Aisle” and it’s a bouncy, happy track celebrating love and marriage. As a Christian, I do believe that marriage is the highest form of union between two people. Something to cherish these days. For this Christmas I plan to make my version of the medieval song Veni Immanuel available to my fans. It’s an absolutely delightful song and I chose to do the lyrics all in Latin. So beautiful. I hope folks will appreciate it and that they won’t think my interpretation of it is too modern.

Are you working professionally or for the love of music?

CC: Well, this “ol’ cowboy” has a regular day job and does his musical cowboying in his freetime! What I would really like is for the whole world to listen to my music. To really have people’s attention! The best thing is when I get a personal message or mail from someone who has been touched by one of my songs. It happens now and then.

You said you began with Atari ST, that’s interesting.

CC: True. With a built-in midi interface, the ST was launched as more of a professional musician’s computer than the Commodore Amiga I believe. I played my fair share of games on it too of course! But that’s how I started sequencing songs.Delightful stuff.

What kinds of music are you passionate about when you listen in your quiet space?

CC: If someone really had me in a stranglehold and FORCED me to choose just ONE favourite group, I think it would have to be Pet Shop Boys. Just for the sheer quality of their output through so many years. Their songs are really atmospheric I believe, and they always pay attention to lyrics. There’s often a melancholy touch there. Having said that, I do also give ample credit to Depeche Mode, Erasure, Jarre, Kraftwerk and Jay-jay Johansson for instance. That’s just within the synth genre. I do like other genres too and know quite a lot about classical. Bach is a favourite of course, Mozart too, but also romantic era stuff like Grieg. Early Music is also interesting. I dig jazz as well and hiphop. Some genres don’t interest me very much, including country, blues, soul and R&B.

How does the music begin, in your mind or outside?

CC: In my mind I would say. Or by playing around on some kind of keyboard. It doesn’t have to be a synth of course, it could be an acoustic piano too. I’m quite a skilled player if I may say so myself! 😉 I never, EVER use any “ready made” beats or grooves or anything, I do everything on my own. If I do stuff that’s hard to play right, I might slow things down while recording of course. This kind of music does take some quantization. Other genres don’t need to be so rhythmically correct.

Music theory or by ear?

CC: I play by ear exclusively, although I have an understanding about score and musical theory like intervals, chords, rythm, your dominants and subdominant parallels and stuff…

How did you come up with the name “City Cowboy”?

CC: Well…first off, you need an artist name, right? Although I find that at least here in Sweden, a surprising amount of people actually use their real names as artist names. That definitey doesn’t suit me, as the person behind City Cowboy is very private and secretive… So…the cowboy is one of the most iconic male “figures” in the western world, right? And I thought the contradiction of a cowboy in the city was quite interesting. What does he really do there? He can’t work with his live stock, now can he? He probably wears a hat, but he can’t strap on his gun belt. Does he go to bars and drink? I don’t know, I just liked the name.

This is our 5th year: where do you see weatnu records going for 2020?

CC: In 2020 I think WEATNU Records might be ready to lift itself from the shades of relative obscurity and become an important player, really becoming the voice of smaller, upcoming artists.

How is #WEATNU helping artists from your point of view?

CC: WEATNU helps artists by being a fair label, a radio and now also a Digital Magazine. Great with this threefold power.

CC: I never eat Nutella. The other I don’t know what it is! Not sure it’s available in Sweden. Try to eat healthy stuff mostly!

Thank you City Cowboy for doing this interview with us, good luck to you and your music. May your Christmas be well and Happy New Year!

CC: Many thanks for interviewing me!