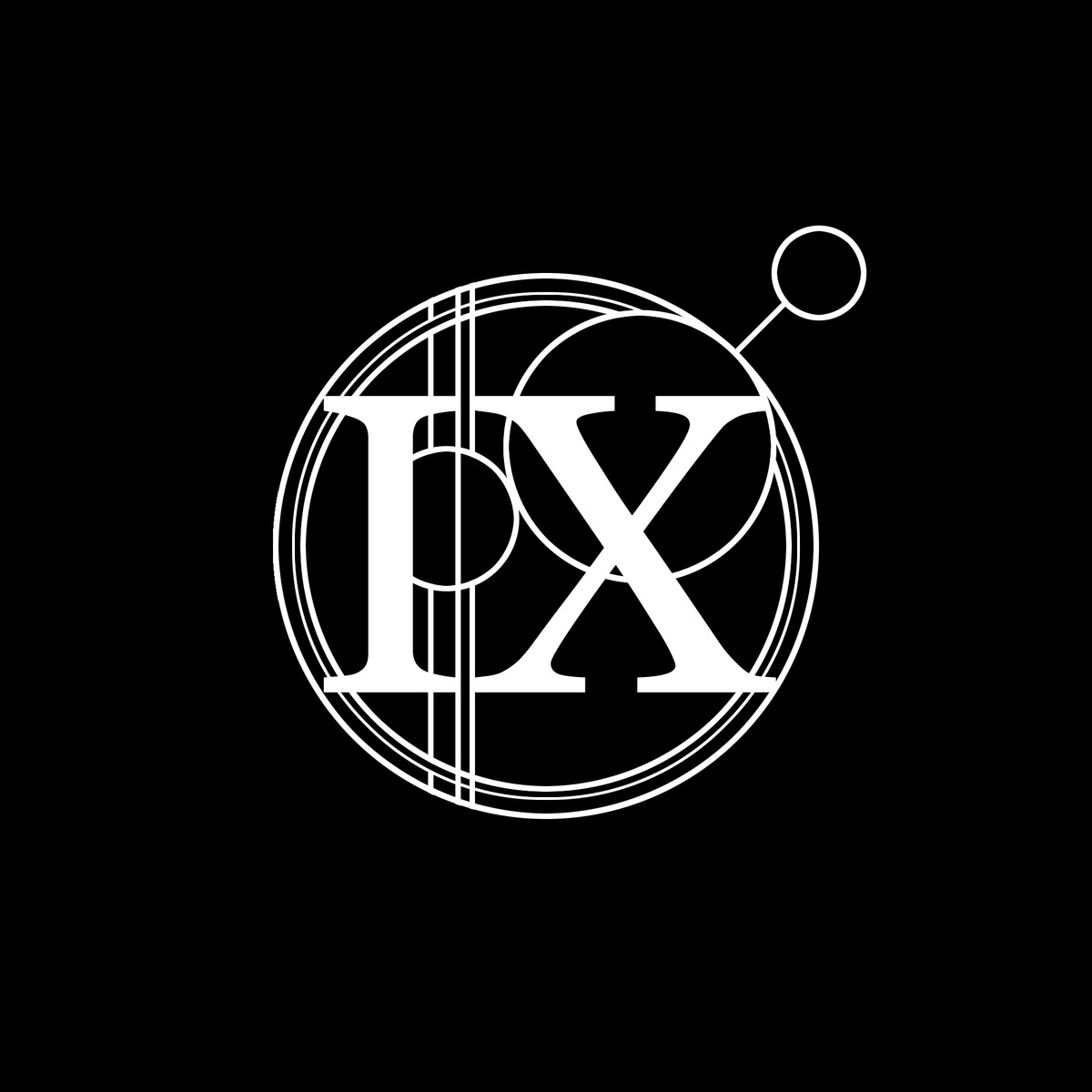 IX is an electronic duo from the UK, based in Chelmsford/Great Wakering, England.

We are interviewing one half of IX today.

How are you Darren?

We are glad to have you with us on WEATNU as a registered artist. Could you tell us a little about your music?

Darren Esp: We’re glad to be a part of the WEATNU movement. IX are essentially an electronic duo but we strive to be a little different from the norm. We’re not shy of dabbling with most genres and plan on incorporating various instruments along side our main electronic backbone as it were.

It’s always great to hear that, thank you. Even for the UK your music is quite dynamic and different, how is this allowing exposure on BBC radio?

Darren Esp: We’ve actually yet to get any BBC airtime. We’ve been submitting like crazy to various stations both here in the UK and abroad. BBC 6 is actually one of our biggest targets. They’re a great station and are very active at promoting new acts and acts that don’t fit into the normal categories so they’re a good fit for us. Fingers crossed our debut album is getting neat the top of their “in tray.”

We have all the faith that you will.

Darren Esp: We have plenty of patience. One of our founding concepts was to not rush into things and to play “the long game”.

I finally have a chance to listen to your whole album today for this interview, and songs from System VII have been playing on Rotation on WEATNU [OUR] for some time now. Has this in any way benefited your fan-base?

Darren Esp: I’m sure it has. Our fan numbers climb steadily but we do get spikes whenever we’re on your rotation. WEATNU is also a good fit with our plans. We’ve always expected to be an underground act that slowly builds up a back catalog and fan base so it’s a pleasure to be involved.

Glad to hear that.

What is the story of IX?

Darren Esp: It’s quite a long one. My bandmate Iain and I go back a long way, all the way back to the 80s. We met in a record shop and he invited me to an alternative club in our home town at that time. I ended up becoming the DJ at that club and we’ve been firm friends since then. I’d dabbled in a few bands over the years but they never seemed to work out. Doing electronic music was something that I personally had always wanted to do but had never really had the time for. About 2 years ago my personal circumstances changed in that respect and I found I had plenty of time to finally put some ideas together for what became IX. Iain has always been “that guy who knows about computers and technology” which was perfect.

There are a good deal of subdued sounds to IX, especially with System VII. Not to compare with acts such as Massive Attack but still modern enough to sound unique.

Darren Esp: Yeah, we spend a lot of time getting things just right. System VII took over a year of producing and mastering before we were happy enough to release it.

Atmospheric/prog-rock is a focus point on this album, with both high quality mixing and song structure. You are also the guitarist for IX is that right?

Darren Esp: Yeah I play both bass and guitar. System VII is quite “guitar light” to be honest, you’ll be hearing more on our future releases.
Our devision of labor is quite polar. Iain focuses on technology and the management/ promotion side of things while I concentrate on the song writing side.

So you work together in the studio?

Darren Esp: We always take quite a long time getting each track right. Generally I’ll write and rough out tracks on my own and then we get together and go over things together, then there are revisions… and revisions and revisions. we both come from a software development background so that’s how we attack song writing, with version numbering, mastering and alpha-beta- release cycles.

Right, being organized is very important to the song process.
How was the name IX decided upon?

Darren Esp: We’re both big Sci-Fi fans. We wanted something that was simple, bold and would look good on a poster lol. We took IX from the Frank Herbert novel DUNE, where IX is a mysterious planet where machines and technology are created and developed. Sometimes that technology is seen as dark and foreboding, something we thought married up with how we as a band use the technology of music. We don’t always do things the way most people would.

Yeah, I’ve seen the album cover, fantastic stuff and we have another huge fan of the Dune series on #WEATNU, Pzi, Pal Zoltan.

The album VII sounds much like a modern Dune soundtrack might sound, are you hoping to break into the cinematic world of electronic and score for film?

Darren Esp: That’s totally something we’ve talked about. I’m actually writing a couple of pieces currently for a writer friend of the band to go with his releases. So booking soundtracks as well as the movie angle is something we’re planing on pursuing.

Darren Esp: Indie all the way

Do you play keyboards sometimes?

Darren Esp: Yes indeed. It’s the backbone of what we do. Almost everything we’ve done was written on keys.

So, you play guitar, bass and keyboards…

And Iain does the sequences, drums and so forth?

Darren Esp: It’s so far been mostly me on sequencing too.

It’s hard to cover over talent with modesty

I love how the album builds suddenly on The Machine. Parts I – III, listening to the first part.
Or the beginning of that movement.

Darren Esp: We are definitely studio-centric. we have a phrase “Quality Threshold” basically a track never leaves the studio if either of us have any issues with it.

As it should be.

Darren Esp: The Machine was actually one of the fastest tracks we recorded. Everything came together very quickly on that one.

Being a musician myself, I agree 100% What music influences your sound these days? I hear Classical on Serena’s Lament.

Darren Esp: That is a complicated question lol.. There are two types of music… good music and bad music. We’re influenced by the good stuff. Yes we plan on having another classical style track on our next release too. Again it goes right back to when we first started. We said if we’re going to do it we’re not going to go half measure. It has to be great in our opinion or it’s not worth doing. It’s why the first album took so long. It was a learning process for us both. But hopefully we’re progressing and our new output wont take quite so long.

Are you playing live at this time?

Darren Esp: No, we’re totally studio based for the time being. there are technical issues with recreating our sound live that can only be overcome by throwing lots of expensive equipment it’s way. If we can’t be brilliant live, we’ll wait until we can.

That’s understandable, as many of us these days use software centered sound.

Darren Esp: Yeah it would be easy enough to plug a laptop into a sound desk but that sound would not be good enough for us. We’ve seen people do that and we’ll wait until we’re in a position to do something better.

I hear VST modules are good for live performance.

Darren Esp: … and that is where you’d have to ask Iain lol. He’s in charge of technology.

Laughs, right. What do you think about WEATNU as a whole?

Darren Esp: I think it’s a great idea and I love the energy and effort you put in. I think it’s going to grow to be something very cool.

Thank you, already we’ve been showcased on a community radio station in Austin, Texas. We hope to gain the attention of larger media such as PBS. Plus we have the PR, Radio, record label, and now #WEATNU Digital Magazine. With a team of people helping make this dream real for the electronic musician.

Darren Esp: It’s great. the one thing we’ve been surprised by is the willingness of electronic musicians to club together like this.

It was the dream from the start of WEATNU, because it’s the only way, due to the market changing so much after 2000.

Darren Esp: Indeed it’s a whole new world for music publishing now and organizations like WEATNU are going to start playing a big part in shaping the market.

Being the first virtual movement of the Electronic underground, we hope this happens.

Darren Esp: I’ve not had a chance yet but I know Iain has. Another of his jobs in the band is to find things for me to listen to. He’s dropped a few WEATNU band names in my inbox and I’m working through them.

Darren Esp: Yeah I was listening to Ian Haygreen and The Aircrash Bureau earlier.
Interesting stuff. I like the differences there are between a lot of “electronic” artists.
Those two are both essentially electronic bands but very different.

There is a lot of variety on WEATNU.

Darren Esp: On the downside though, I think its very home studio set-ups make is easy for people to churn out content of lesser quality. If you go on soundcloud and just surf it’s stunning how much poor quality stuff there is. It’s important to keep that Quality Threshold in mind.

And we do, especially for the label

Darren Esp: Absolutely it’s that which what makes WEATNU stand out.

So you’re on your way to writing a new album?

Darren Esp: Already well underway. We have half a dozen tracks already lined up and in the early production stage (alpha we call it). Our new demo: “Now Spell IX” is kind of a little inside joke for us. we thought it would be fun to put it out now as it’s quite different from the stuff on System VII (as is most of the stuff on the new album).

Exactly, I heard that right off.

Darren Esp: Yeah it’s something we thought of ages ago but were waiting for the right song idea to use it. Now Spell IX just flew together once we’d had the idea.

And are we to expect that same sound throughout the album, or are there surprises in store?

Darren Esp: Totally surprises. There are basically two types of album we intend to release “Blue” (concept albums like system VII) and “Red” (more traditional mixtures of songs like the new one Grinder).

I see the really great merchandise on your bandcamp. With limited edition minidisc and more.

Darren Esp: Indeed. That’s another thing we always wanted to do. our next album will be available on Cassette, we like redundant formats.

It’s never easy to produce physical in mass, how did you manage, are you under a label?

Darren Esp: No we’re not signed. we do everything ourselves although we do use a label name (Guild Records) for our releases but it’s just us. eventually it may be more.
* remember we mentioned “The Long Game”

Just wanted to say thank you for having this interview with us today, for WEATNU and your support.

Darren Esp: Totally our pleasure. Thank you for your continued efforts to develop the electronic music underground.

It is our passion and now yours.